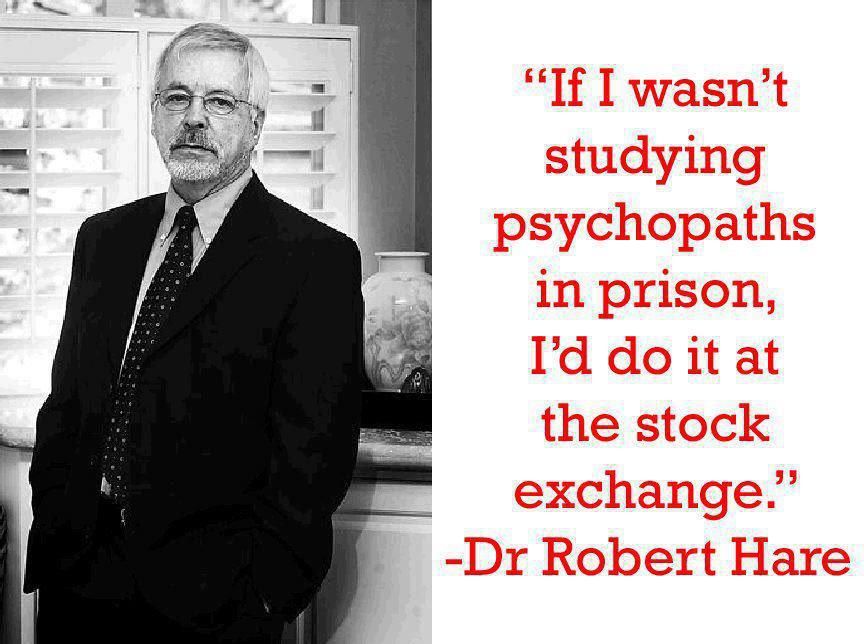 “If I wasn’t studying psychopaths in prison, I’d do it at the stock exchange”, says Dr. Hare

Dr. Robert Hare is a Canadian psychiatrist who’s a world-renowned expert on psychopaths.  His Hare Psychopathy Checklist-Revised (PCL-R) “is a diagnostic tool used to rate a person’s psychopathic or antisocial tendencies. People who are psychopathic prey ruthlessly on others using charm, deceit, violence or other methods that allow them to get with they want. The symptoms of psychopathy include: lack of a conscience or sense of guilt, lack of empathy, egocentricity, pathological lying, repeated violations of social norms, disregard for the law, shallow emotions, and a history of victimizing others”.

The twenty traits assessed by the PCL-R score are:

Spread the love :-)
This entry was posted in General Category. Bookmark the permalink.